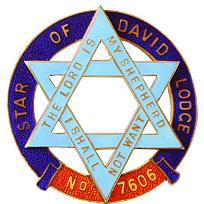 [Please note that most of this text is extracted from the UGLE website.]

Freemasonry means different things to each of those who join. For some, it’s about making new friends and acquaintances. For others it’s about being able to help deserving causes – making a contribution to family and for society. But for most, it is an enjoyable hobby.

Freemasonry is one of the world’s oldest and largest non-religious, non-political, fraternal and charitable organisation. It teaches self-knowledge through participation in a progression of ceremonies. Members are expected to be of high moral standing and are encouraged to speak openly about Freemasonry.

What happens at a Lodge Meeting?

The meeting, which like those of other groups, are open only to members, is normally in two parts. First, there are normal administrative procedures such as:

Second, there are the ceremonies for:

How many Freemasons are there?

Under the United Grand Lodge of England, there are over 200,000 Freemasons.

There are Grand Lodges in Ireland, which covers both Northern Ireland and Eire, and Scotland which have a combined total of approximately 150,000 members.

GUIDANCE FOR LODGES AND CHAPTERS

Cookies are very small text files that are stored on your computer when you visit some websites.

Use the slider below to see the different types of cookies you can choose to allow.

Drag the slider across to change your cookie settings

This website will:
This website will not:
Saving option...
Cancel Save and Close
Find out more about Cookies
For your new settings to take effect, this page will automatically refresh when you click "Save and close".